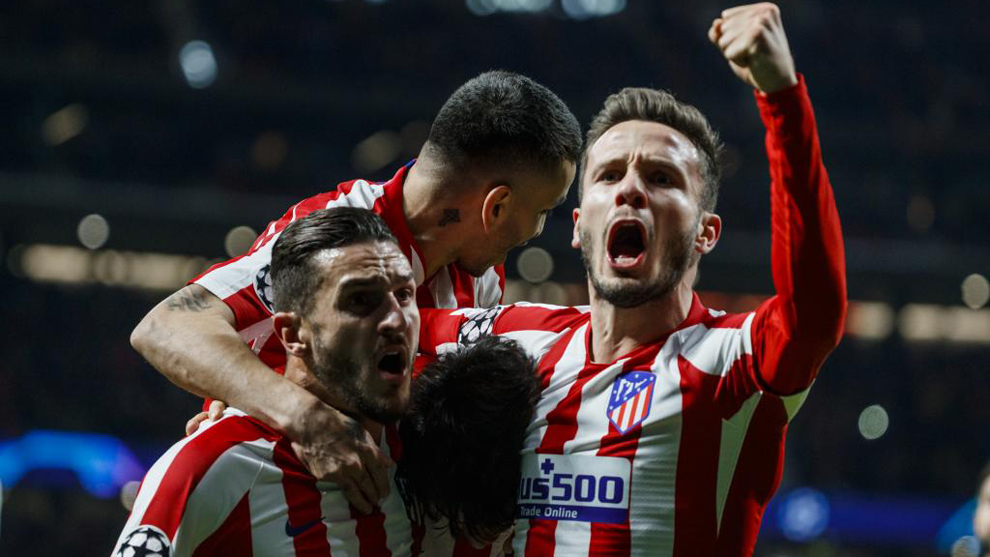 Atletico Madrid standing at the gates of a new golden age

In a season that Diego Simeone labelled as transitional, Atletico Madrid finished third in LaLiga Santander, reached the quarter-final of the Champions League after eliminating the holders, Liverpool, and achieved all this with a relatively young squad.

Some suggested the Argentine coach had reached the end of the road in the wake of Thursday’s defeat to RB Leipzig, and that there was nothing more he could do in Madrid, yet the fact remains that Los Colchoneros are stood at the gates of a new golden age.

A season without a trophy being a disappointment shows how far Atleti have come with the former River Plate coach at the helm, and the foundations for his next great team are in place.

It has to be remembered that in one foul-swoop in 2019 he lost Diego Godin, Juanfran, Filipe Luis and Antoine Griezmann, individuals who had formed the spine of his side.

Now his team has an average age of 26 where only four members have hit 30 years old, and his hastily rebuilt defence still managed to secure third place in LaLiga Santander, which is quite the achievement.

Diego Costa is the veteran of the group at 31, but there are players there in the peak of their careers, Koke at 28 for example, Saul Niguez at 25 and Thomas Partey at 27.

This core must now have youth built around it if Atleti are to finally go and secure the Champions League trophy, which is Simeone’s dream.

Jose Gimenez is only 25 but has the experience of a 30+ year old defender, and he is ably supported by the veteran duo of Stefan Savic and Felipe.

Mario Hermoso has time to develop, although he isn’t far away from being ready to start regularly, as is the case with Renan Lodi at 22 years old and Manu Sanchez, who isn’t yet even into his 20s.

Yannick Carrasco’s return was a big surprise in the January transfer window, yet at 26 he hasn’t yet reached his peak and it appears as though his on-pitch maturity and discipline has improved to a level where it is now in-line with what Simeone demands.

Joao Felix is the potential star of the team, as we saw against RB Leipzig where he was introduced off the bench and single-handedly dragged the Spanish club back into the tie.

He isn’t yet ready to shine like Griezmann, nor is he fully adapted to Simeone’s style, which will likely come, but at 20 years old it’s clear that he is going to be the future of this team if he can stay healthy.

The Portuguese forward is one of those rare players who changes games, unbalances defensive structures and comes up in the big moments.

Expectations in Madrid are for Felix to reach far beyond the level set by Griezmann, although there is an understanding it will take time.

This is exactly why Atletico Madrid’s 2019/20 season will be looked back upon so fondly, Simeone has undertaken the hardest part of a rebuild which is losing key figures and replacing them with people who they don’t know, yet he has done this all whilst remaining in the Champions League for 2020/21 and being competitive domestically.

Falling out of the Champions League and the finance that brings would have severely undermined the process, just look at how Manchester United and Arsenal have struggled with that, whereas now Simeone has a base from which to build and it is very young and very bright.