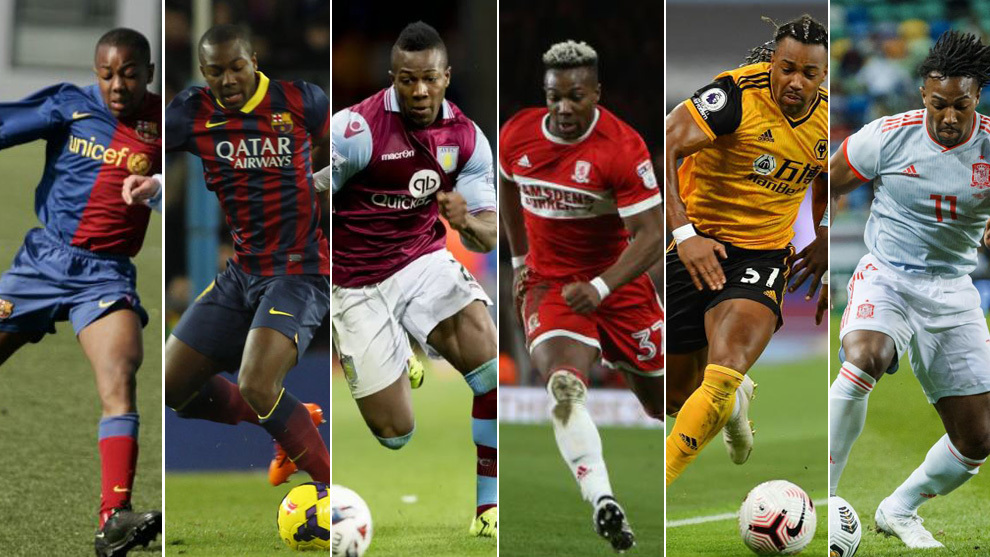 The Spanish public had their first exposure to Adama Traore on Wednesday night as the young phenomenon made his debut for the national team.

And his 28-minute debut was arguably the most notable event of the 0-0 friendly draw with Portugal.

The winger has Malian heritage, but was born and grew up in Barcelona, learning to play the game in the street with friends.

The skills Adama developed from those early years were on show in Lisbon, with one run in particular demonstrating all his speed and power.

He’s come a long way from his early beginnings in La Masia, the Barcelona academy where he evolved as a footballer.

One video of Adama in a programme called ‘Clases del Barca’ sees him as a child having coaching from Xavi Hernandez and Andres Iniesta, asking the latter what age he was when he joined the club’s famed youth stable.

He ascended to the first team in quick time though, making his debut as a 17-year-old under Tata Martino in 2013 against Granada as he came on for Neymar.

Adama also played the following season under Luis Enrique – who gave him his Spain debut on Wednesday – as he featured against Huesca and Elche.

But with the route to the first team blocked by the trio of Lionel Messi, Luis Suarez and Neymar, Adama left to pursue opportunities in England, where he was convinced he could thrive.

He arrived at Aston Villa for a fee of 10 million euros but only made 11 appearances for the Villains before joining Aitor Karanka’s Middlesbrough the following season.

And it was there that he made an impression, earning a move to Wolverhampton Wanderers in 2018.

From there, it has been a sharp rise under Nuno Espirito Santo, who has always believed in him, and under whom Adama has shown determination and professionalism.

And now it is the turn of Luis Enrique to praise his new charge.

«Adama was just Adama in his purest form, and that’s exactly what we want,» Luis Enrique said of his debutant.

The European Championship looks set to be the next target for him, and maybe a move to a bigger club – although Wolves slapped a 100 million euro price tag on their man to ward off suitors last summer.

That wouldn’t seem too far off, though, for a man who looks set to continue making shockwaves in the coming years.