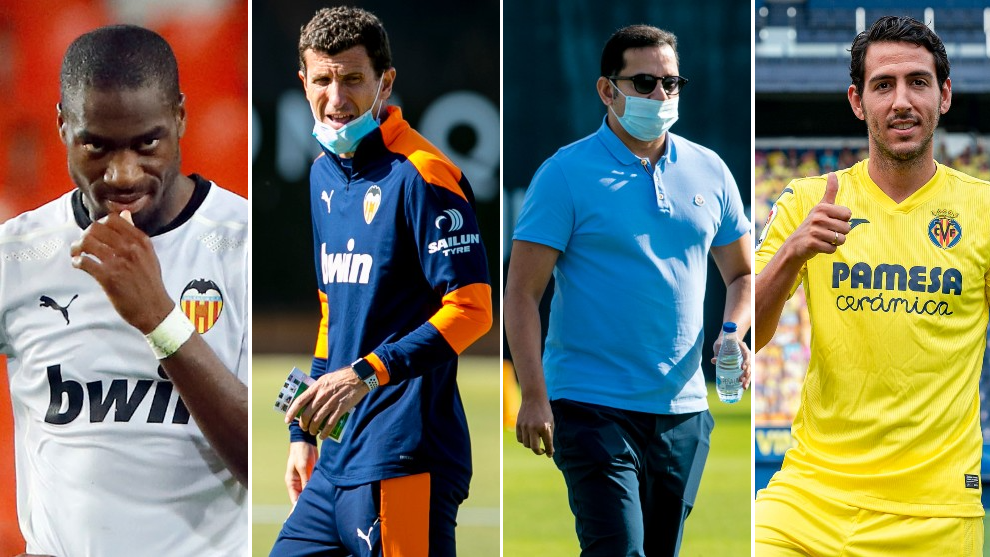 Valencia is a club that is currently experiencing open warfare. Not even the return of football has managed to calm the mood. The club is in a constant state of tension and the latest fire, with Geoffrey Kondogbia accusing the president, Anil Murthy, of having lied to his face, as well as to the coach, Javi Gracia, has just lit the fuse and caused everything to explode.

Murthy and the Meriton group, with the absent Peter Lim at its head, are the origin of a confrontation that can no longer be stopped. The squad turned its back on them long ago; they haven’t forgotten the way in which they have handled things during the coronavirus pandemic, nor the sales of key players, nor the way they cut ties with Ezequiel Garay after he ruptured his knee. Kondogbia has spoken his mind, and there is no doubt in the dressing room that the vast majority know that Murthy is not to be believed in anything he says. They talk to him just enough to get by. Nothing more.

With regard to the coaching staff, their battle was fought last week. After the closure of the transfer window, Javi Gracia felt so betrayed by the president and Lim that he put his position as head coach at the club’s disposal. He wanted to be sacked because he is not in a position to pay the club the three million euro compensation it would cost him if he resigns. The players asked the coach to stay. To stay at the helm. But the wound is definitive. Gracia was very clear in the meeting and his games are numbered.

The third part of the crisis are the fans. Murthy is already being harassed on the street and several videos have been posted on the internet insulting him and the board at Mestalla. The club’s supporters’ groups have been expelled from their premises for 25 years and have entered into a war with the club’s owners. The president has been asked to leave in several rallies, and a complaint has been filed (which has not yet been accepted) accusing Lim of a series of serious offences in the administration of the company.

The fact is that the club is on fire, and from the president’s box, the idea is conveyed that everyone is against Meriton because they have lost their temper and are envious. The fact is that players, coaching staff and fans can no longer tolerate Meriton’s ways and Peter Lim’s ways of acting at Valencia. The future looks chaotic. Not even goals can end one of the most serious crises of recent decades.